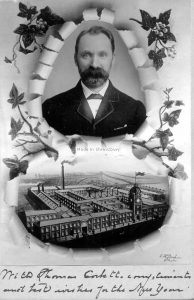 On 28th December 2006 I met with Mrs Elizabeth Morris great-great-grand daughter of Mr Thomas Corbett, she told me the story of a man who from small beginnings in 1865 built the Perseverance Iron Works in Shrewsbury into an award winning and global business.

Mrs Morris is continuing her studies of her great-great-grandfathers business and would be delighted to receive any details of the company and its products.

Many products survive in various forms in museum and in private collections many are used as garden ornaments and plant holders. We would be interested in hearing of the locations of these items. 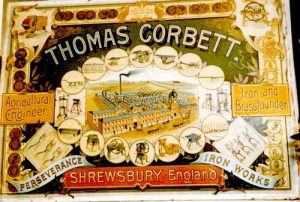 Marketing was one of Thomas Corbett`s strong points and this poster shows The Factory some of the medals and many of the products made.

As an innovator he was exceptional as can be gathered from the 1000 prizes he won over the life of the business. He grasped new ideas and new technology and was part of the development of more mechanisation on farms.

In later life he took on civic responsibilities and became a councillor and in 1906 he was made Mayor of Shrewsbury. 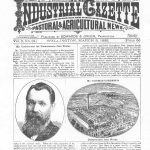 This front page from the Industrial Gazette of New Zealand from March 1883 covers the visit Thomas Corbett made to that Country to sell products made in Shrewsbury. 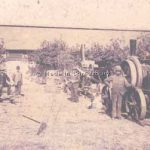 This scene depicts a steam engine using belts to drive a process to left in the background early horseless carriages. 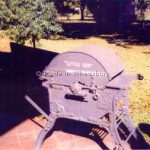 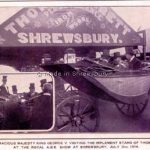 Pictured celebrating Empire Day at the Shropshire and West Mid Show with a party of dignitaries in 1907. 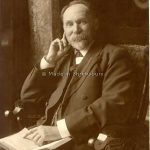 This is a late photograph of Thomas Corbett. 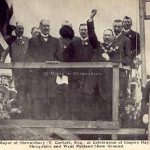 Thomas Corbett continued to be involved in business and civic duties and met King George V at the Royal Show in 1914.

This is another print I have found.

You will see from the print that it is the building opposite the Railway Station forecourt. It was a newspaper distribution centre for several years and last was a furniture store.

The building backs through onto Chester Street and Corbett’s name appears on that elevation at high level.

Thanks to Elwyn for that.

S Corbett & Sons stand at an agricultural show. It was filmed on 8mm in the early 50s by my grandfather. He took a lot of cine films and I’ve been converting them to digital recently for the family. Most are of family holidays, but this is a rare film of something to do with the business. As you can see, they’re were still selling the same Victorian machinery!

I received a phone call and a series of photographs from Mr John Parker President of the Canning Districts Historical Society Inc an affiliated Branch of the Royal Western Australian Historical Society. He states that the press stands 5 feet 6 inches high and the press plates have a diameter of 19 inches.

From the detail it seems to have won a prize in an exhibition.

Another of the photographs shows the name of Peel the original partner of Thomas Corbett so this could be a very early survivor. 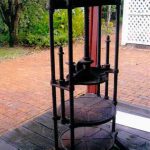 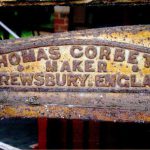 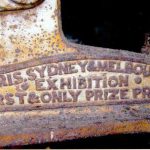 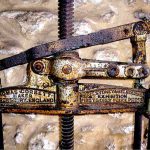 When we were on holiday in the USA in December 1991 we visited the Pier at Long Beach and whilst walking around the Pier I spotted the Corbett Winnowing Machine which was on display (for no apparent reason as far as I could see – there was nothing else similar nearby).

I come from a farming background and immediately recognised the Winnowing Machine and when I looked closer I saw the plaque showing it had been manufactured in Shrewsbury so couldn’t resist taking a photograph of the machine and a close-up of the plaque. Ever since I have been looking for something useful to do with the photographs.

The two photographs are attached and I am perfectly happy for them to be used on your web site. 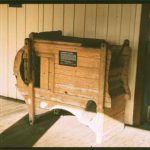 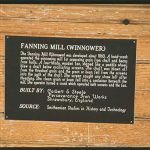 I have had my 1912’ish Thomas Corbett 2 blade 12 inch chaff cutter for around 22 years. It has been carted around serveral counties and is now in our back garden near Peterborough. Amazingly it is all complete with all its loose pieces still here. The woodwork is very poor but is all here. 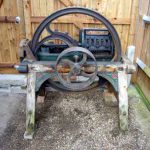 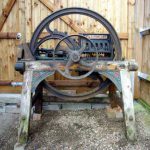 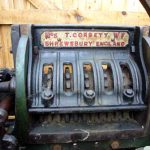 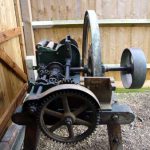 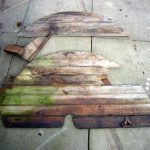 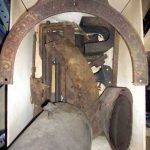 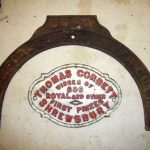 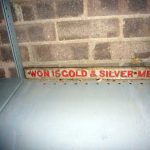 This corn dressing machine is at Hough Mill Swannington nr Coalville. Hough Mill has been restored and is run by a group of incredibly committed volunteers. Check Website www.swannington-heritage.co.uk

Open at weekends from Easter. 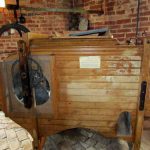 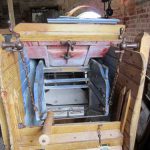