Made in Shrewsbury Homepage

You are invited to the launch of the new book at Drapers Hall, St Mary’s

A book which sheds new light shed on a powerful Shropshire trading company is to be launched next month.

Hinton’s detailed research uncovers how Shrewsbury’s merchants were way ahead of the game in how they used ‘livres’ to finance their international trade with Europe. Livres can be seen as the forerunners of today’s bitcoins.

“It’s a tale of wool, war and wealth with the early use of bitcoin and quantitative easing,” explains Nigel, a former master of the Shrewsbury Drapers Company.

“The book demonstrates that there were no shrinking violets amongst the drapers of Shrewsbury. As middlemen they ruthlessly dominated the Welsh woollen cloth trade in the Marches region becoming the predominant guild of the region in the 15th and 16th centuries.

“I bring some of these turbulent characters vividly to life. They lobbied parliament to give them a monopoly and when Parliament failed to oblige they created their own by refusing to buy wool from the Welsh markets, thus squeezing their competitors into submission.”

The story concludes with chapters on the activities of today`s drapers, with their most important work remaining housing, including the provision of 25 new homes at Drapers Place, in Shrewsbury, opened this year.

IF YOUR BUSINESS OR COMPANY IS NOT HERE USE THE CONTACT PAGE TO LET ME KNOW AND WE WILL ADD THE DETAILS.

OUR AIMS AND OBJECTIVES

The main aim of this ongoing project is to record the story of the products, plant, machinery, equipment, vehicles, safes and locks, agricultural equipment, fashion and textiles and everything else that can be described as ‘Made in Shrewsbury’

These things did not get made by themselves and the stories of the people that made them will be included where possible.

The project has started with Hartleys because I came to Shrewsbury in 1978 and worked for seven years as Financial Director of Shrewsbury Electronic Engineers Ltd one of a series of successor companies that followed Hartleys liquidation in 1972. Manufacturing at Hartley Works eventually ceased in 1993 and the site is now a retail and administration centre.

Other companies with a story will be added as the information is collated so please contact the site if you have a contribution. This is an ongoing project and as additional information is researched the site will be updated and additional links will be put in where appropriate.

Any contributions that will enhance the content of the site are welcome and I would be pleased to borrow any old photographs or advertising materials brochures or copies of directories and other appropriate materials to scan and put on the site in due course. 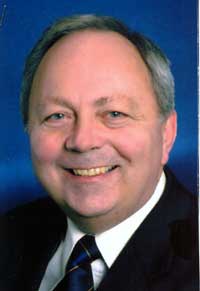 If any facts are incorrect or too vague please do not hesitate to contact me through the contact pages and I will make corrections and amendments as required.

In due course it is hoped that a book may be published and an exhibition may be mounted by the museum service using items from their collections and the content of the site and real products that have survived.

This website has been created and is funded personally as part of our ongoing research and interest in Shrewsbury as residents and qualified town guides; this is one of our part time hobbies and as such Made in Shrewsbury is a non profit making organisation.

We acknowledge using copyright material the property of Wellington Journal and Shrewsbury News, Shropshire Newspapers, Adrian Madin, John Maltby, Carl & Pat Jameson, NCR, West Midlands Photo Services, JEJ Whitaker, Campbells Press Studios Ltdand other photographers who we could not identify and other individuals who have supplied their own personal photographs.

Since the project started I have met many people with a story to tell and I am grateful for the input so far and in particular to the Shrewsbury Chronicle and Shropshire Star for permission to use photographs on the Silhouette pages.

Thanks also to the individuals who have told me their stories and given me photographs and memorabilia these will be returned or passed on the the Shrewsbury Museum Service.

It is the intention of this website to look on the positive achievements of the companies featured but it is recognised that there were many aspects of manufacturing industry that were not so positive.

THE WORKING ENVIRONMENT Factories could be dangerous places with lots of heat, noise, hot metal, shouting and bad tempers when things were not going well. In others the work is repetitive and tedious so naturally the employees feel they are not valued as they are just part of the machine.

HEALTH AND SAFETY Working conditions have improved beyond recognition in the time since the industrial revolution started in Shropshire There were many industrial accidents and injuries and some injuries only manifested themselves many years later, my grandfather became progressively more deaf as years went by caused by the noise of the presses in the Alliance Stampings Works where he worked for thirty five years. Many production workers were on their feet all day every day doing hard physical labour and many did not survive to retirement age.

MANAGEMENT AND UNIONS The industrial unrest in the late 1960`s and the 1970`s also made it difficult for local companies when they got caught up with national issues. Bad management, poor supervision and indifferent colleagues together with poor communications, lack of training and insufficient investment were all contributors to the frustration that led to an unsettled working environment and day to day stress for all involved.

MANUFACTURING DECLINE It is beyond the scope of this work to identify the macro economic reasons for the loss of so much productive capacity from the UK in the last twenty years. The fact is that over one million production jobs have gone since 1997, but for a while we held our own and ‘Made In Britain’ stood for quality and ‘Made in Hong Kong’ meant an inferior product.

LOSS OF MAIN DRIVER Most businesses need an energetic driver with vision to take a business idea forward and these people usually get a team around them to implement their ideas. These team members also develop their own ideas and frequently leave to set up their own rival businesses. In family business the failure to plan a management succession is a frequent cause of failure. So after many years of success a company can start to fail when the driver leaves and another takes over.

INTERNAL POLITICS Within each company there were and still are rivalries between sales, design and development, production and finance as they competed to ensure their way prevailed frequently to the cost of the company. In many instances the main function of general management was that of referee.

CONCLUSION According to the Department of Business Innovation and Skills in Occasional Paper 10A published in 2010 “In 2009 Manufacturing was the third largest sector in the UK economy, after business services and the wholesale/retail sector in terms of UK Gross Domestic Product. It generated £140bn in gross value added , representing just over 11% of the UK economy. It also employed some 2.6 million people, representing over 8% of total UK employment.